Legionary Soldiers - the builders of the Wall 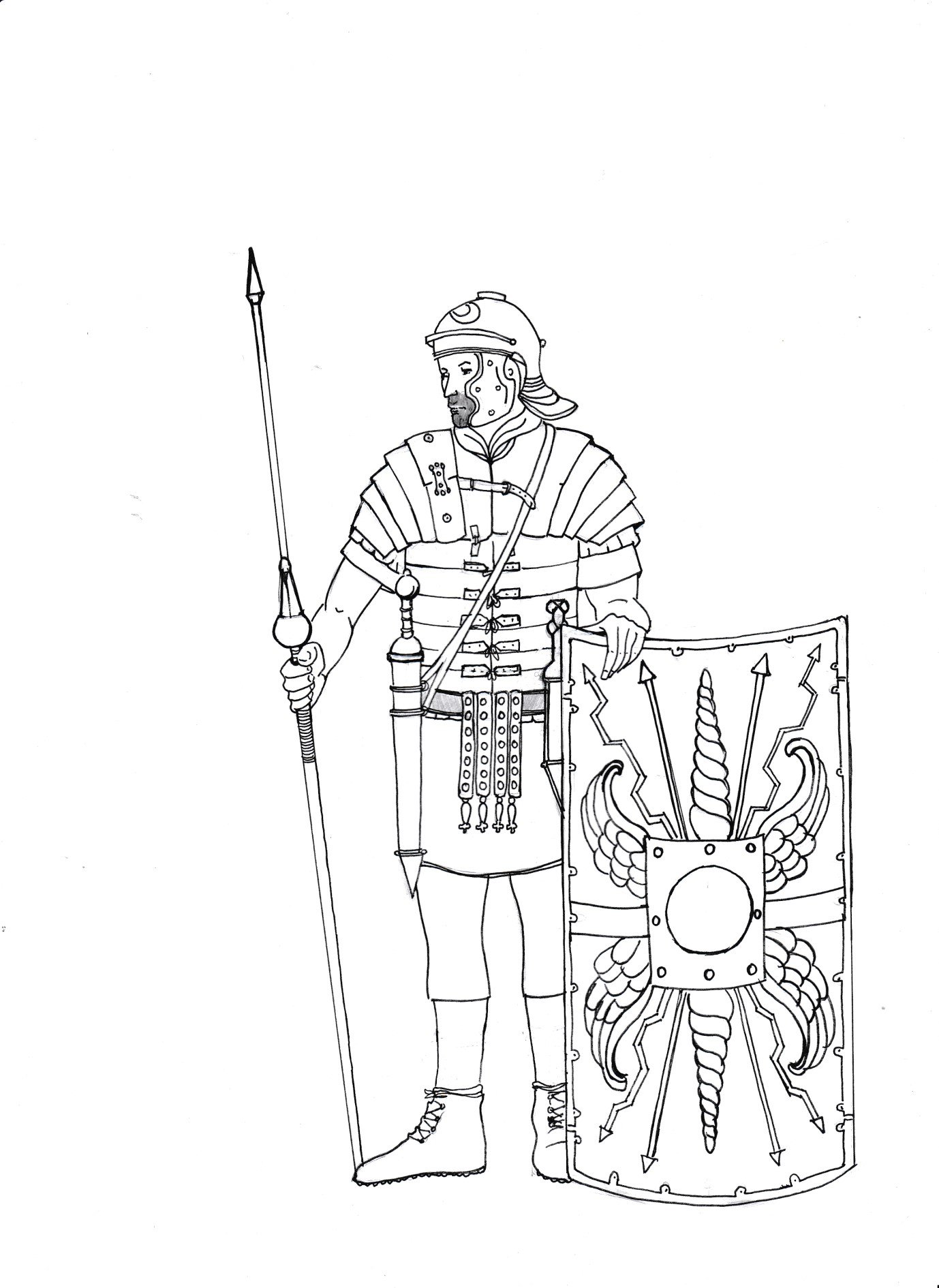 To be a legionary soldier you had to be a Roman citizen. Legionaries were expected to fight, but they also built essential facilities such as forts, bridges, and roads.

Legionary soldiers were at Segedunum only while they built the Wall and fort (perhaps 2 or 3 years). Legionary soldiers therefore had very little to do with life in the fort, apart from the original construction.

What did legionary soldiers wear during the time of the Emperor Hadrian?

However, unlike auxiliary soldiers, legionary soldiers wore a belt that developed to have multiple dangling ends which formed an apron at the front. This was just to show off, and to make noise when they walked; they were not shy about advertising their presence.

They also wore a padded top over their tunic as this was an important part of their armour. It provided padding and along with their armour stopped them from getting seriously injured.

During this period, legionary soldiers wore armour called lorica segmentata (this is a modern Latin term as we do not know what the Romans called it).

This was made of iron plates, brass fittings and leather straps and so had plenty that could break or fail and needed constant repair.

Some also wore arm armour, made of iron strips, on their sword arm.

They also wore a helmet to protect their heads.

This was curved to protect the soldier’s body.

They had bosses, a bulge on the front made out of iron or bronze to protect the hand holding the shield. Whether you were left or right-handed, shields were always held in the left hand when the soldier was fighting.

The legionary soldiers carried spears, swords and daggers, similar to those of the auxiliary soldiers, but the designs were different because they had a different style of fighting.

The legionaries used a shorter sword than the auxiliary soldiers.

The legionaries fought in large units, and their style of fighting initially involved using a stabbing motion, using the point of the sword; however, when the enemy line broke up, a sword that was also long enough for slashing was useful.

Legionary soldiers used a different type of spear (which was really a heavy javelin) with a very thin, long neck, designed so that if it pierced a shield it would keep going and hit the person behind the shield (not very likely to happen with an ordinary spear).

Although this meant the thin end very often ending up bent, it was not primarily designed for that. However, this type of thin spearhead often stuck in the shield, and was very difficult to remove – an enemy would then find his shield very difficult to manoeuvre, and could not protect himself as easily.

The legionary soldiers were at Segedunum to build Hadrian’s Wall and the fort. While some soldiers wore armour and carried weapons in order to protect the builders and the supplies being brought in, the soldiers doing the building work just wore their tunic or simply a loin-cloth.